GNI Announces Trae Crowder to Perform at the 2017 Annual Gathering

2017 Entertainer – Trae Crowder, a.k.a The Liberal Redneck is coming to perform! 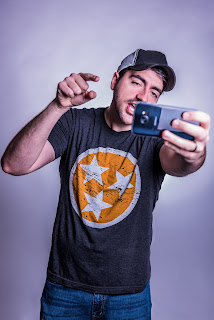 Recently earning national attention (or notoriety, depending on your viewpoint) for his “Liberal Redneck” series of viral videos, Trae Crowder has been performing his particular brand of Southern-fried intellectual comedy in the Southeast and beyond for the past six years. Trae is also a writer and is currently a member of NBC Universal’s Talent Infusion Program after being invited to their prestigious Late Night Writer’s Workshop in 2015.

He has a busy touring season performing comedy around the country and GNI is thrilled to have him perform at our private event on Sunday, August 20, 2017! Invite your friends – this is a show you won’t want to miss!

Posted by GNI Communications at 6:08 PM

Ralph Bruneau shared these thoughts on his Facebook profile after being named Mr. GNI Leather 2016 at the 31st Annual Gathering in August. (Posted here with permission.)

Dear Friends, I’m imagining a word or two by way of explanation might be useful. A few weeks ago I attended the GNI yearly “Gathering” in the Poconos. GNI stands for Gay Naturists International. GNI is, as yet, not that well known in California but very well known in the mid-west, east, and internationally. It’s a large organization of gay men participating, supporting, and protecting social nudity. We have a yearly event called "The Gathering" at a large retreat center (summer camp) in the Poconos. This year we had about five hundred gay men in attendance - tons of activities, workshops, dancing, and entertainment in a truly beautiful environment. Every year the Gathering holds a competition for Mr. GNI Leather to compete at IML. IML is International Mister Leather. It takes place in Chicago over Memorial Day weekend with about 60 finalists from all over the US and abroad competing. I will be among them.

Some/many of you might be thinking, “Ralph? Naturism? Leather?” These are lifestyle choices/expressions that, for me, are decades old. Posting about them on social media is new. I only ventured on to Facebook a couple of years ago. As a psychotherapist, I had been trained to try to limit my personal exposure to keep myself as blank a slate as possible for client interaction. As a postmodern psychotherapist, however, who got into this field through the Shanti Foundation and AIDS activism, there are times when I feel personal expression is important. In my twenty years as a clinician I have been a founding member of California Therapists for Marriage Equality, creator of AAMFT-CA certification for LGBT-Affirmative Psychotherapy, a vocal advocate against Conversion/Reparative therapy, educator, supervisor and sex-positive/kink positive therapist. My work and my life are inextricably bound.

Next week, in Indiana, the American Association for Marriage and Family Therapy is honoring me for my contribution to the field of marriage and family therapy in the state of California. The following week I will attend my first event as Mr. GNI Leather, taking the stage with other titleholders at Folsom in San Francisco. I am excited, honored and humbled by both opportunities – different threads of my life being knit together. Having the courage to be seen for all I am has long been in the making. I’ll be 64 in a few weeks. Many friends and lovers of my age cohort are decades gone. I’m not ready to wind down and become invisible and irrelevant. I wanted you, my friends, to know more of who I am and what I’m up to. Looking forward!

Posted by GNI Communications at 5:56 PM