The results of the 2018 GNI Board of Directors' Election is in! We had three (3) very qualified candidates running for two (2) positions. We would like to thank the three candidates for running as well as everyone who voted in this year's election. Over 20% of our members cast their ballot this year.

M. Danny Allman joins the board for the first time and Nick Roessler returns to serve a second term.

Here's a little more information about Danny and Nick: 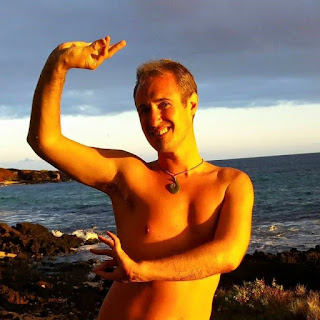 Ever since I attended my first NakedFest in 2014, I knew I had found a group where I belonged.  Since then, I have attended a GNI-sponsored event each year. There is a sort of magical camaraderie that exists between everyone at camp. The only word I can use to describe what causes the enchantment is: “nothing.” Having nothing separating us from each other removes the veil of elusiveness and awkwardness that surrounds everyone in the real world. Because of this magic we share at the Gathering, I am running for a seat on the 2018 GNI board.

I kicked off my social nude roots by attending a Party Naked Pittsburgh event right after I graduated college. Since that time, I have become a regular camper at Roseland Resort in West Virginia and finally went to a few clothing-optional beaches on Maui and Florida.

Between check-in, tours of camp for newbies, or working Bingo nights, I always volunteer in some capacity each Gathering. Between events, I have distributed GNI pamphlets around my current city of Baltimore and advertised GNI on my TrueNudists profile to promote our mission. I love being a part of this inclusive group of men and I want to do my part in keeping GNI alive! 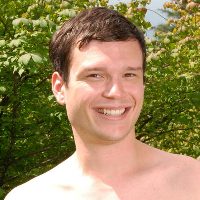 I have been a member since 2006. I was 23 when I attended my first Gathering; I drove alone from Michigan, arrived without knowing anyone, and made some of the most significant friendships of my life all within 48 hours of being there. This kicked off the next 12 years of volunteering at camp; working in almost everything from the auditorium, to being Rick Johnson's assistant, working in the dance club, and serving on the board. During this time I have also been honored with the Murray Kaufman Natural Man Award for my activism in the naturist community, and I also have been honored with the title of Mr. GNI 2013. These experiences have taught me a great deal about how The Gathering is created and what makes camp so special to all of us, which is why I ran for a board position again.

Posted by GNI Communications at 5:21 PM