Kinsey Sicks - For over 20 years, America's Favorite Dragapella Beautyshop Quartet has served up a feast of music and comedy to audiences at performing arts centers, music venues and comedy festivals throughout the US and internationally! Their phenomenal performance record includes an Off-Broadway show, an extended run in Vegas, two feature films and three concert DVDs, nine albums, and appearances in over 40 US states, Canada, Mexico, Europe, and Australia. The Kinsey Sicks' award-winning a cappella singing, sharp satire and over-the-top drag have earned them a diverse and devoted following. 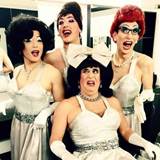 Bobby Jo Valentine – Bobby Jo Valentine is a nationally touring singer/songwriter who grew up on the seaside of Northern California. His songs are both earthbound and mystical, and speak of the gentle, everyday spiritual awakenings of an openhearted life. He has been awarded Song of the Year three times at the West Coast Songwriter’s Association, and has earned a growing following of listeners and supporters with music and storytelling that is compelling and poetic. 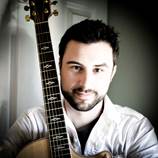 Frank Liotti - Frank Liotti is a stand-up comic living in New York City. He just completed filming a pilot for LOGO, titled "Everyone's a Little Gay." In addition, was seen headlining at Caroline's on Broadway, and performs stand-up comedy across America. His sardonic wit and unique stream of consciousness style have won him praise in the prestigious Laughing Skull Comedy Festival, the Boston Comedy Festival, the Laughing Devil Comedy Festival, the Los Angeles Comedy Festival and the Long Island Laugh Off, and he's been a finalist in every festival he's entered to date. As an actor, he has been seen playing criminals on multiple episodes of Law and Order: Criminal Intent, Law and Order: Special Victims Unit, Fox TV's Jonny Zero, Canturbury's Law with Julianna Margulies, and others. A graduate of Yale School of Drama as well as SUNY Purchase, he landed the cover of The New York Times Arts and Leisure section for the production of Cats Talk Back — a mockumentary of life as a cast member within the Broadway hit Cats — which was the winner of "Best Overall Production" in the 2003 NYC Fringe Festival. It was also performed at Yale Cabaret, Williamstown Theatre Festival, and revived in The Fringe's 2011's "Best Of" series. He also appears in the 2012 film BearCity 2.

Adam Sank - Adam Sank is one of the most recognized and accomplished openly gay stand-up comics in the country, having been featured on NBC's Last Comic Standing and The Today Show, FOX's Laughs, CBS News, Vh1's I Love the 2000s and Best Week Ever, CNN's @ThisHour, CNBC's Street Signs and truTV's World's Dumbest Criminals, along with countless appearances as both a guest and fill-in host on SiriusXM satellite radio.

His debut comedy album, Adam Sank: Live from the Stonewall Inn, went to No. 1 on both Amazon's list of Comedy Album Downloads and iTunes's New Comedy Releases, and it plays in rotation on SiriusXM's Raw Dog channel. Adam also hosts his own weekly radio show -- The Adam Sank Show (ASS) -- every Sunday at 3PM ET at www.derekandromaine.com, with replays throughout the week.

Posted by GNI Communications at 5:21 PM